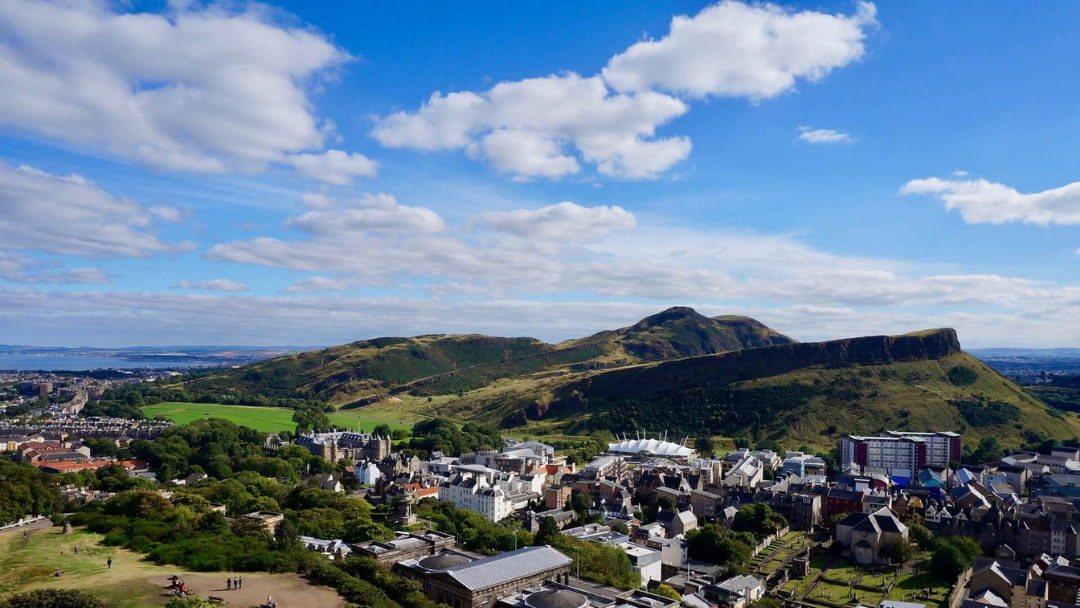 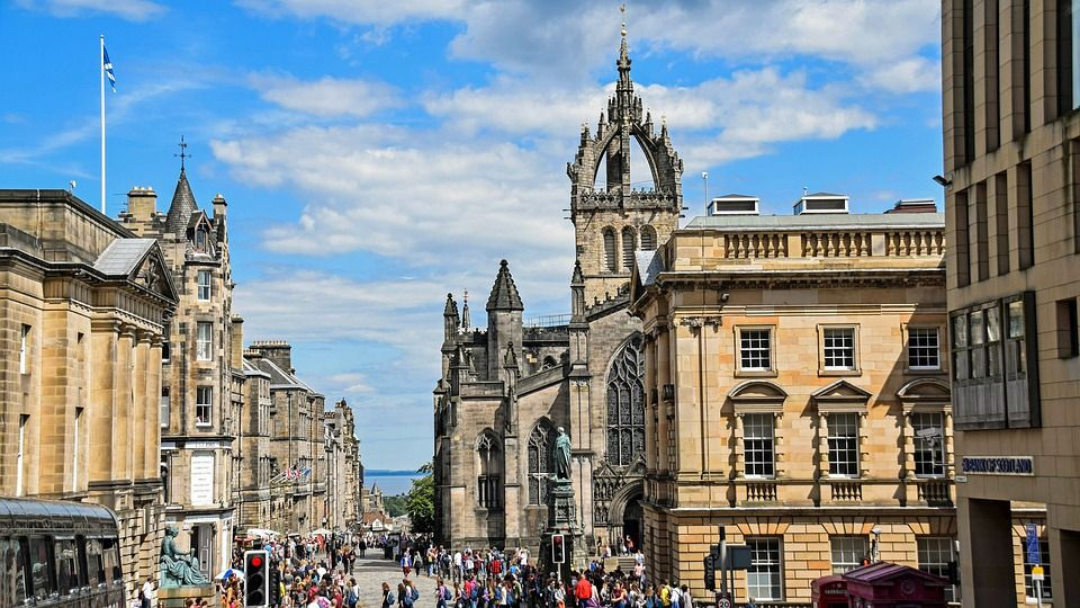 After walking the Fife Coastal Path, why not spend some time in Edinburgh? Climbing up Arthur’s Seat is a great way to see the City!

In a large city like Edinburgh you are spoilt for choice. One of the most famous points is Arthur’s Seat, located in Holyrood Park. A great way to round off your trip along the Fife Coastal Path, with amazing views of the surrounding city you will not be disappointed! Arthur’s Seat is just a short journey from the city centre. While you are in town there is no reason not to experience more of Edinburgh. Alongside Arthur’s seat there are many other things to enjoy. If you are interested in culture, there is the National Museum of Scotland and Edinburgh Castle or a day out? Enjoy a range of sightseeing tours as well as Camera Obscura, the world of illusions!  In a place like Edinburgh you will never be bored. A relaxing weekend after walking the Fife Coastal Path is what you deserve!

Arthur’s Seat is an extinct volcano located at the bottom of the Royal Mile. There is no real answer as to why the name of the hill is Arthur’s Seat. Some say it is related to King Arthur, others claim it is related to the Scottish Gaelic Ard-na-Said, which means “height of arrows”.  The name Arthur’s Peak actually relates to its highest peak. However, it is also often to referred to as the Lion’s Head, due to it resembling a crouching lion from some angles. A local legend claims that Arthur’s Seat used to be a dragon, which used to breath fire and eat the livestock in the area. It is claimed that one day the dragon was sleeping and never woke again, becoming Arthur’s Seat.

Another legend is that, in the early 1800s several miniature coffins were found in the Cliffside of Arthur’s Seat. In the coffins, they discovered wooden figures. All of which had different clothes on and were buried in three layers.

Also! Did you know? Many books have featured Arthur’s Seat including many of Ian Rankin’s novels and Frankenstein by Mary Shelley.

Arthur’s Seat is located in the public Holyrood Park. Holyrood Park has been a royal park since the 12th century. Historic Scotland is responsible for maintaining the environment and the presentation of the park. With a ranger on sight, there is a Holyrood Park Education Centre which occasionally puts on events including themed walks. Holyrood Palace sits at the edge of the park, founded in 1128, this Palace is the Queen’s official residence in Scotland. When there is no royal in residence, the public is able to visit the exhibitions from the Royal Collection in the Queen’s gallery.

If you are staying the city centre after walking the Fife Coastal Path, reaching the park, to climb Arthur’s Seat will be no problem! The easiest way to reach Holyrood Park is on foot from the bottom of the Royal Mile, in Edinburgh’s Old Town. Just continue down from the High Street until you see the Palace!

Beginning in Holyrood Park car park, the climb up Arthur’s Seat is quite steep, but is easy and very accessible. A collection of 150-foot cliff faces called Sailsbury Crags adjoins 251 metre Arthurs Seat. There is no specific direction to start from. However, if you have just finished the long walk of the Fife Coastal Path, you may want to take it easy and start from the grassy incline of the east.

There are paths also surrounding the rim of Salisbury Crags in which some care should be taken. But apart from this, after the ascent of Arthur’s Seat is achieved, it is a matter of following the path. It is a completely unique hill to be right in the city centre. Once you reach the top you will not be disappointed! No matter if you walk in the wind or rain, day or night. As well as a lovely walk up to hill, the city panoramic view is breath taking.

No matter what time of year, Edinburgh locals are frequently climbing up Arthur’s Seat. Located so near to the Scottish Parliament building, Holyrood Park gets a lot of attention. Also, Arthur’s Seat is a great place to watch the Edinburgh Festival fireworks on New Years eve and bonfire night. Many people also enjoy a walk up Arthur’s Seat on Christmas or Boxing Day. So depending on what time of year you are in Edinburgh, EasyWays will make sure that you are aware of what is happening. Also, if you are visiting in July and August, there will always be something happening. Enjoy a free comedy show or a street performer on the Royal Mile!

During your time in Edinburgh, it is definitely worth your while to check out other attractions. The National Museum of Scotland covers so much, culturally and historically! From galleries in design and fashion to science and technology, the exhibitions are every changing. The building alone is a reason to visit.

It is not worth going to Edinburgh, without visiting the Edinburgh Castle! Learn all about Scottish Royal history in an iconic setting. Go inside the Great Hall, experience its rich history of royal celebrations and ceremonies. Or the Prisons of War exhibition. Here you can catch a glimpse of what the prisons would have been like. Spend the day enjoying some Scottish history!

Also, if you are after a day out filled with fun and illusions, go to Camera Obscura! Inside the rooftop room you will be able to see live moving images of Edinburgh. A very informative and unique experience. The world of illusions does not disappoint either. Explore things like the magic gallery and light fantastic!

Or if you would rather a relaxed sightseeing tour, Edinburgh has many! The hop on hop off convenience allows you to spend as much time as you want in any location!

If you would like more information about the Fife Coastal Path walk or any other walks and services we offer, contact us. 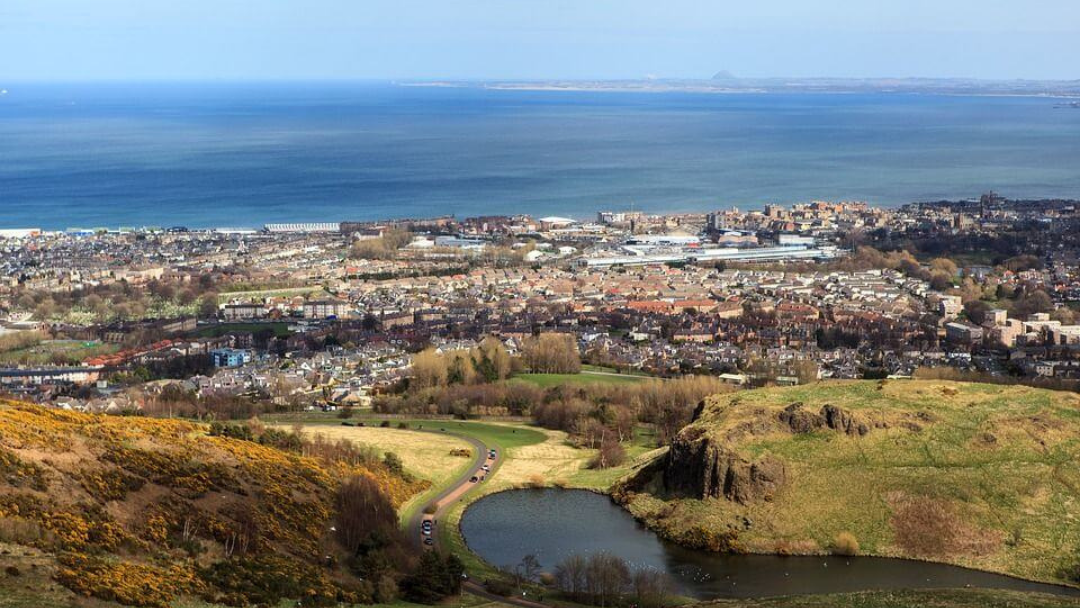 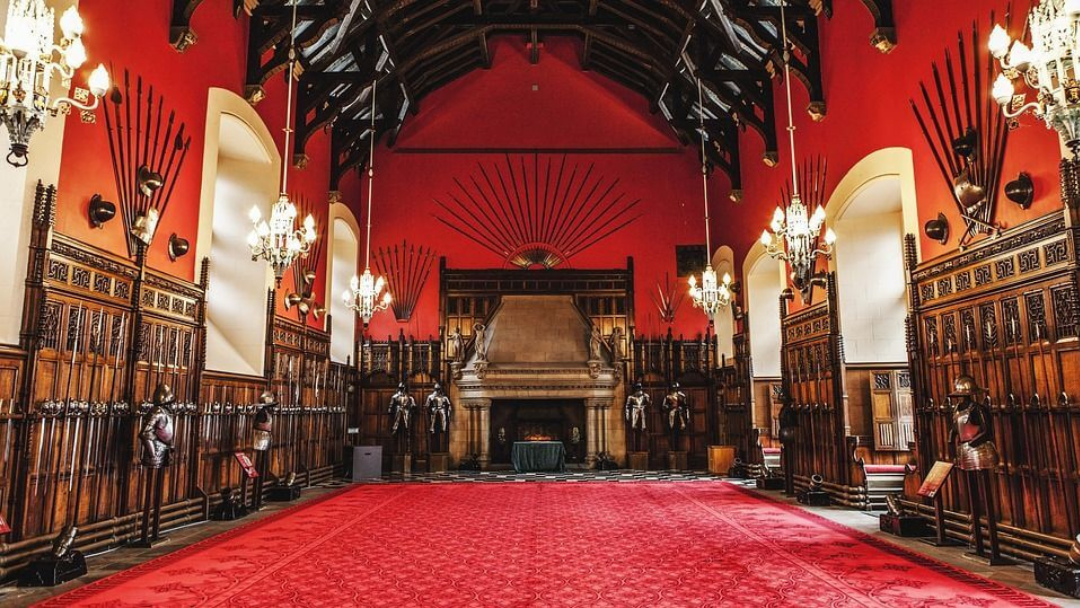 Arthur’s Seat is one of Edinburgh’s many stunning attractions.