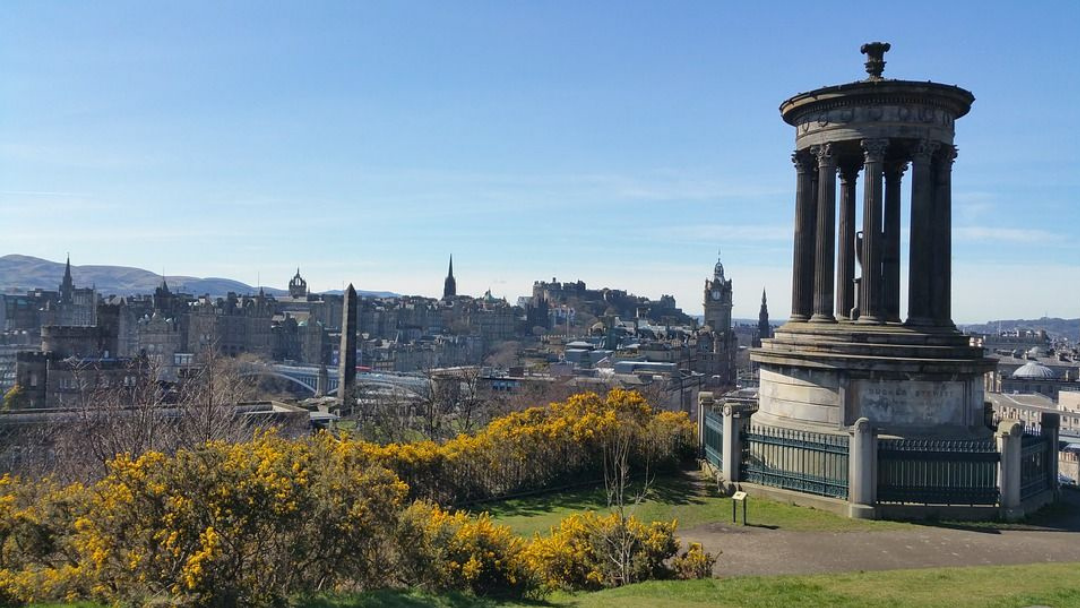 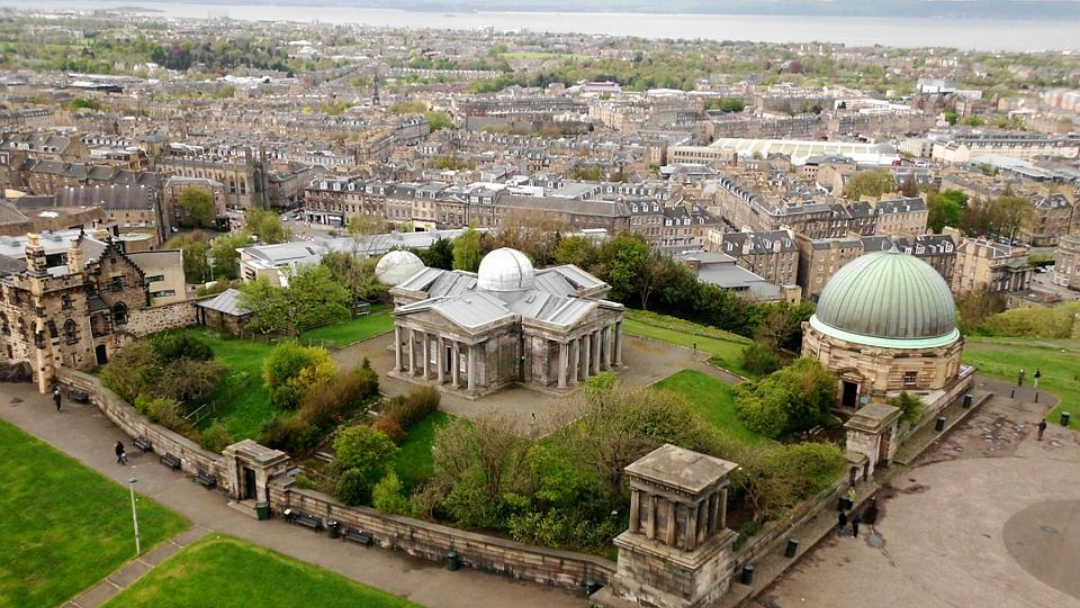 If you happen to be walking the Fife Coastal Path, then why not stop by? Calton Hill is one of Edinburgh’s most interesting spots!

Set in the city centre, Calton Hill can easily be identified in Edinburgh. Located upon Calton Hill are several monuments which make up the Edinburgh skyline. In 1724, the town council purchased Calton Hill, which made the hill one of the first public parks in Scotland. It is also a popular place with locals on Hogmany and tourists during the festival in August.

Where can I find Calton Hill?

If you are in Edinburgh, you will be able to see the famous monuments on Calton Hill no problem. The matter of knowing how to get there is different! If you have just arrived by train, head towards Princes Street. You will pass the Balmoral Hotel, another incredible Scottish landmark. Following a set of steps, you will continue straight towards the north side of the hill. You will experience a beautiful view out to Leith and Fife. Continuing your way up the hill there is an abundance of monuments rich in history and beauty to appreciate!

Also known as The City Observatory, the building stands on Calton Hill, to the East end of Princes street. It was designed by one of Scotland’s most eminent early 19th century architects, William Playfair in 1818, who took inspiration from a Greek temple. The observatory buildings on Calton Hill were used by astronomers such as Thomas Henderson and Charles Piazzi Smyth. Becoming the Royal Observatory in 1822, it is a very exciting and fascinating place where a lot of scientific advances were made! One of the most distinct features of the building is a green domed building called the Telescope House. Also, another of the observatory buildings, the Playfair Monument, was built in 1825. One of the smallest buildings on Calton Hill!

The Nelson Monument is another building located upon Calton Hill. Built in memory of Admiral Lord Nelson, after dying at the Battle of Trafalgar in 1805. The monument is shaped like an up-turned telescope. From the top of The Nelson monument there is an amazing view of Edinburgh and out to the sea. It was completed in 1816 however in 1852 a time ball was added to the top of the structure. In the hope of enabling ships at the Firth of Forth to set their time correctly.

Today, the time ball is still lowered as the one o’clock gun is fired from Edinburgh Castle each day. The monument is 456 feet above sea level, so there is a small chance you will miss it! A perfect way to spend time, soaking in the charming views of Edinburgh! So, why not stop by Calton hill if you are walking the Fife Coastal Path? 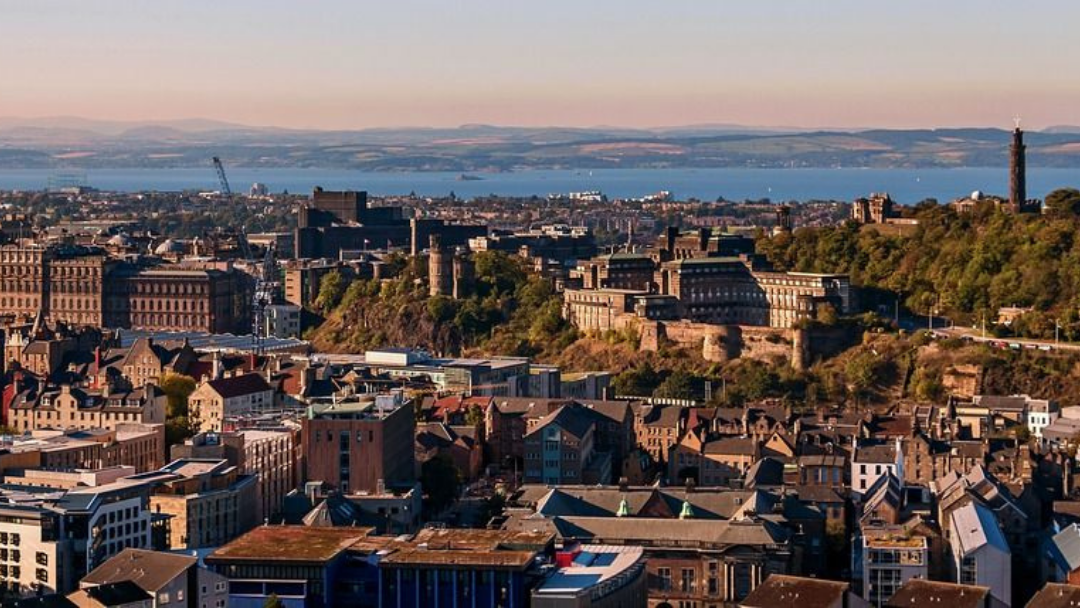 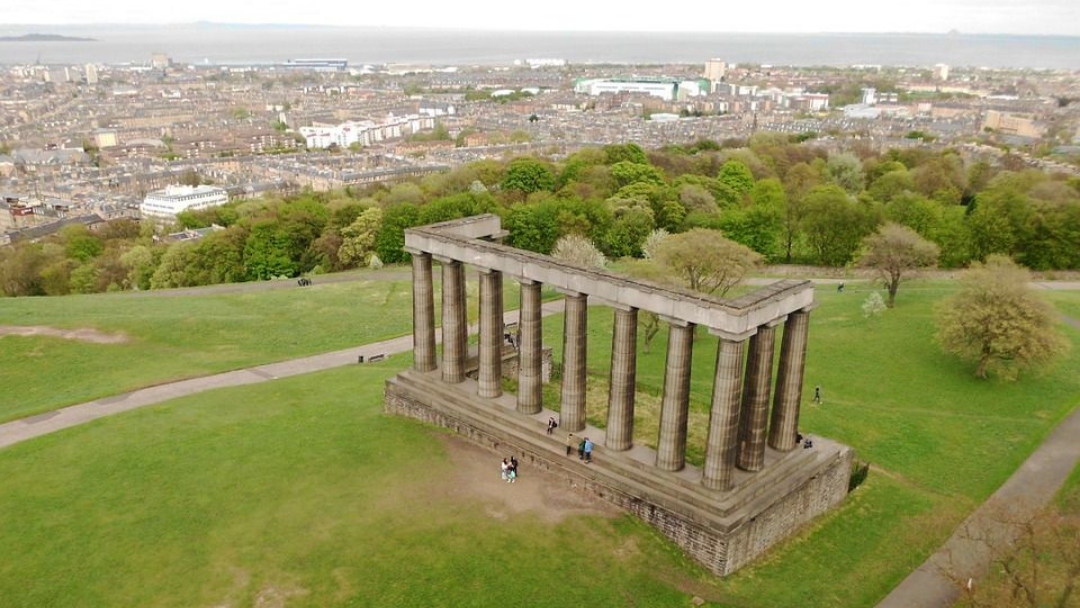 Perhaps one of the most well-known of the collection of monuments upon Calton Hill is the National Monument. Inspired by the Parthenon temple in Athens, it was designed by Charles Cockerell and William Playfair. Often referred to as the National Monument of Scotland, the intended purpose of the monument was to commemorate Scottish servicemen who died in the Napoleonic war in the early 1800’s. However, as funds were low in 1826 when building of the monument began, it has never been completed. Since then there has been numerous attempts to finish the structure, but there has still not been any development. Though this does not drive away tourists! There are always many climbing and posing for photos. A perfect way to spend time to relax, looking out onto the city of Edinburgh.

The monuments on Calton Hill are rich in history and great examples of high quality architecture. Climbing up the famous Calton Hill, it is easy to appreciate the city wide views! If you walk the Fife Coastal Path, why not spend a couple of days in Edinburgh exploring? In such a vibrant and interesting city, whatever your interests are, taking time to look around will truly be beneficial!

What to Look Out for!

A couple of which will grab your attention when you explore Calton Hill! The ideal location to spend time after walking the Fife Coastal Path. Incorporating a trip to Edinburgh will be very worthwhile. You can also visit Arthur’s Seat!

If you would like more information as to how to incorporate a trip to Edinburgh after walking the Fife Coastal Path, contact us.

Thanks to pixabay.com for the images.