Summer has finally arrived and has so far gifted us with days of glorious sunshine and delightful sunsets. It is encouraging that a few EasyWays clients have managed to go ahead with their long delayed walking tour and enjoy some sense of normality on the route.

We are facing a cautious but promising road to recovery with all areas currently placed in Level 2 or below set to be reviewed again on the 19th of July. For more information about restriction levels for each area in Scotland click here.

We continue to take bookings for the autumn and into 2022 with a renewed feeling of confidence that things are headed in the right direction. Get in touch and look forward to your next adventure with EasyWays Walking Scotland. 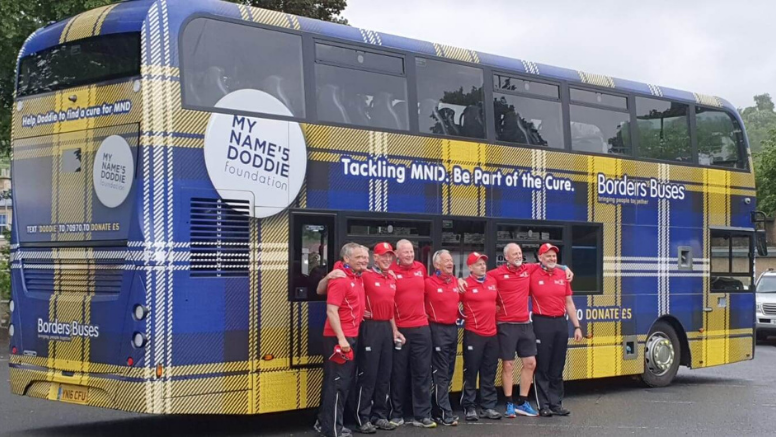 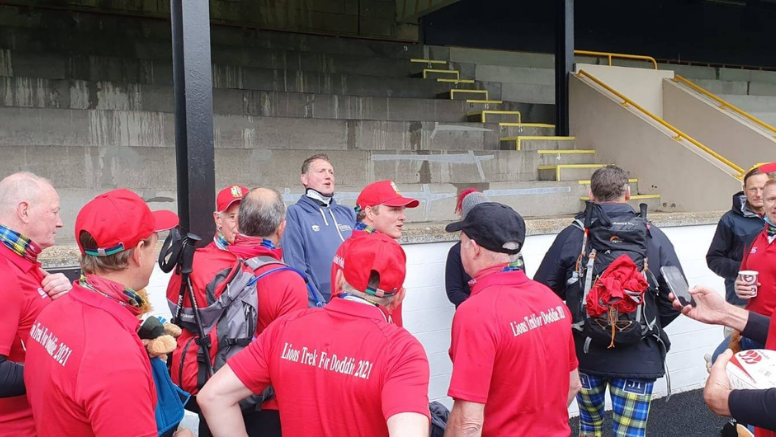 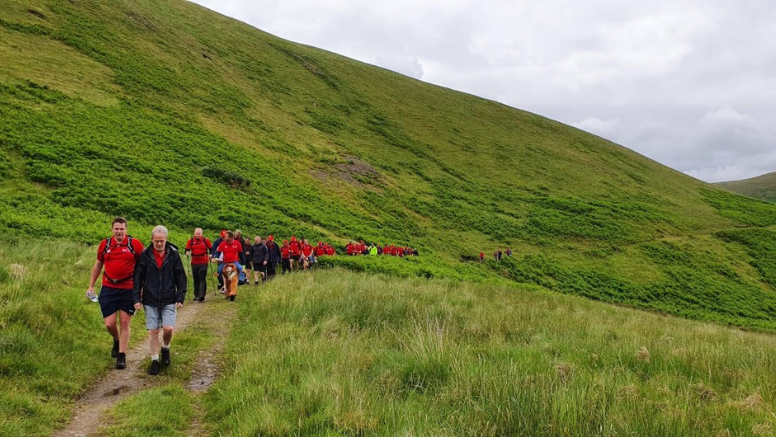 As an aside to our normal business, EasyWays was delighted to be involved in the Lions Trek for Doddie on June 25 2021 when a total of 55 fundraisers completed the 34 mile challenge of walking from Peebles to Murrayfield, adding over £165,000 towards the Doddie Weir Foundation that support research into MND.

It all began with a 6.30am meet up at Doddie’s spiritual home, Melrose Rugby Club, before a quick transfer over to Peebles where local guide, Heather McWalter led the group the first stage 13.5 miles to West Linton. A quick stop for lunch and we were off again on the longer stretch all the way to our destination via Balerno and The Water of Leith. 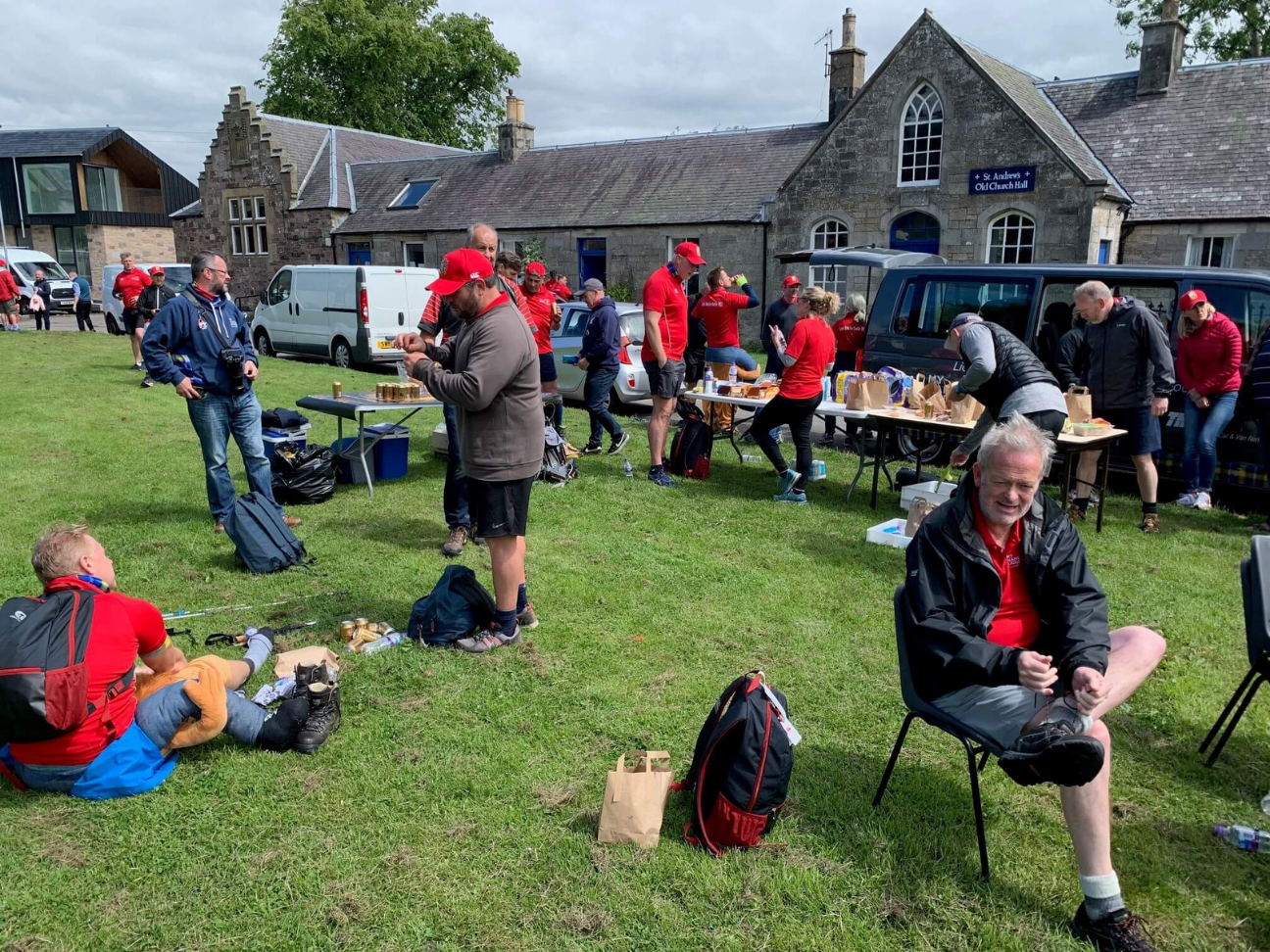 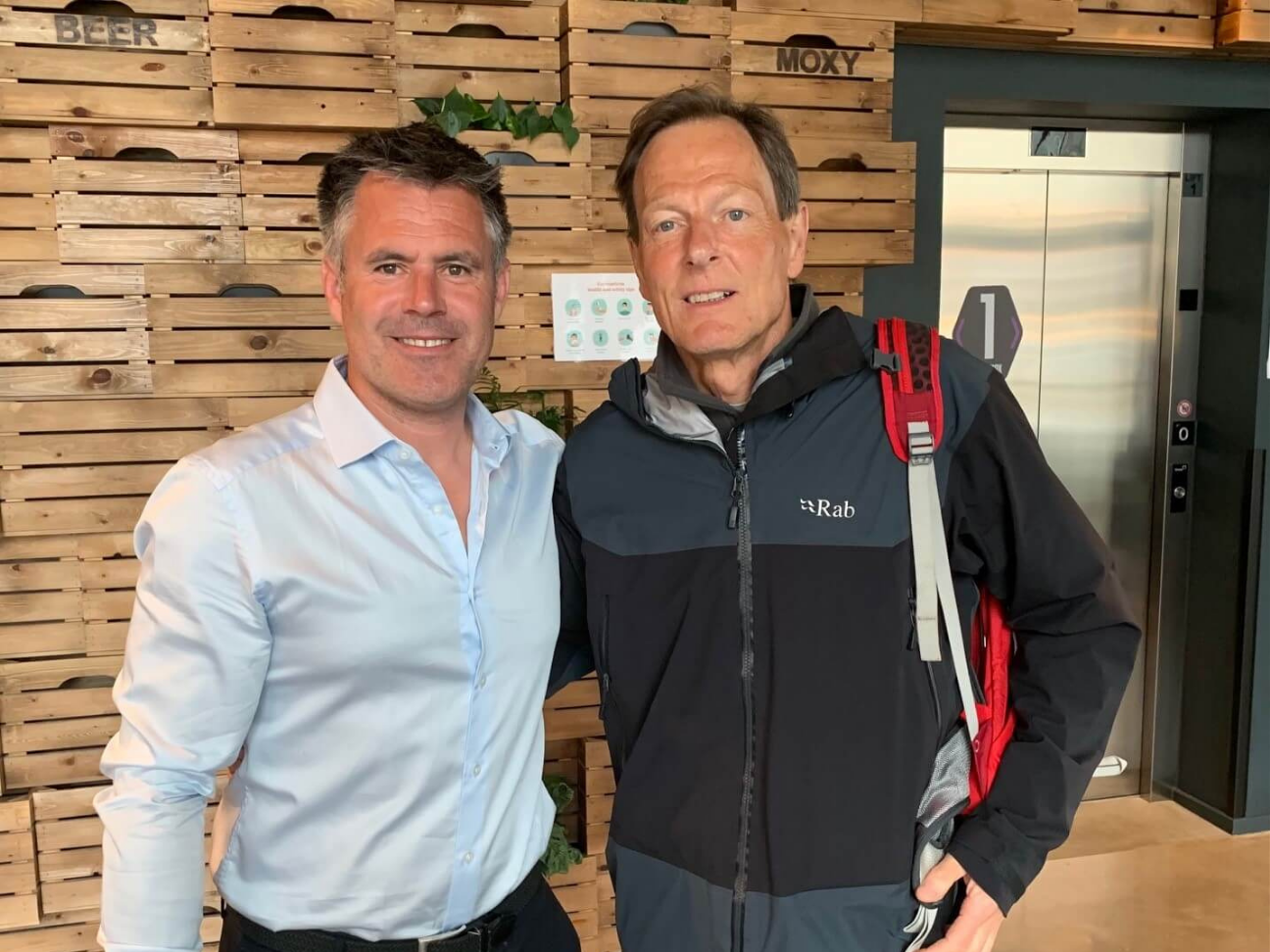 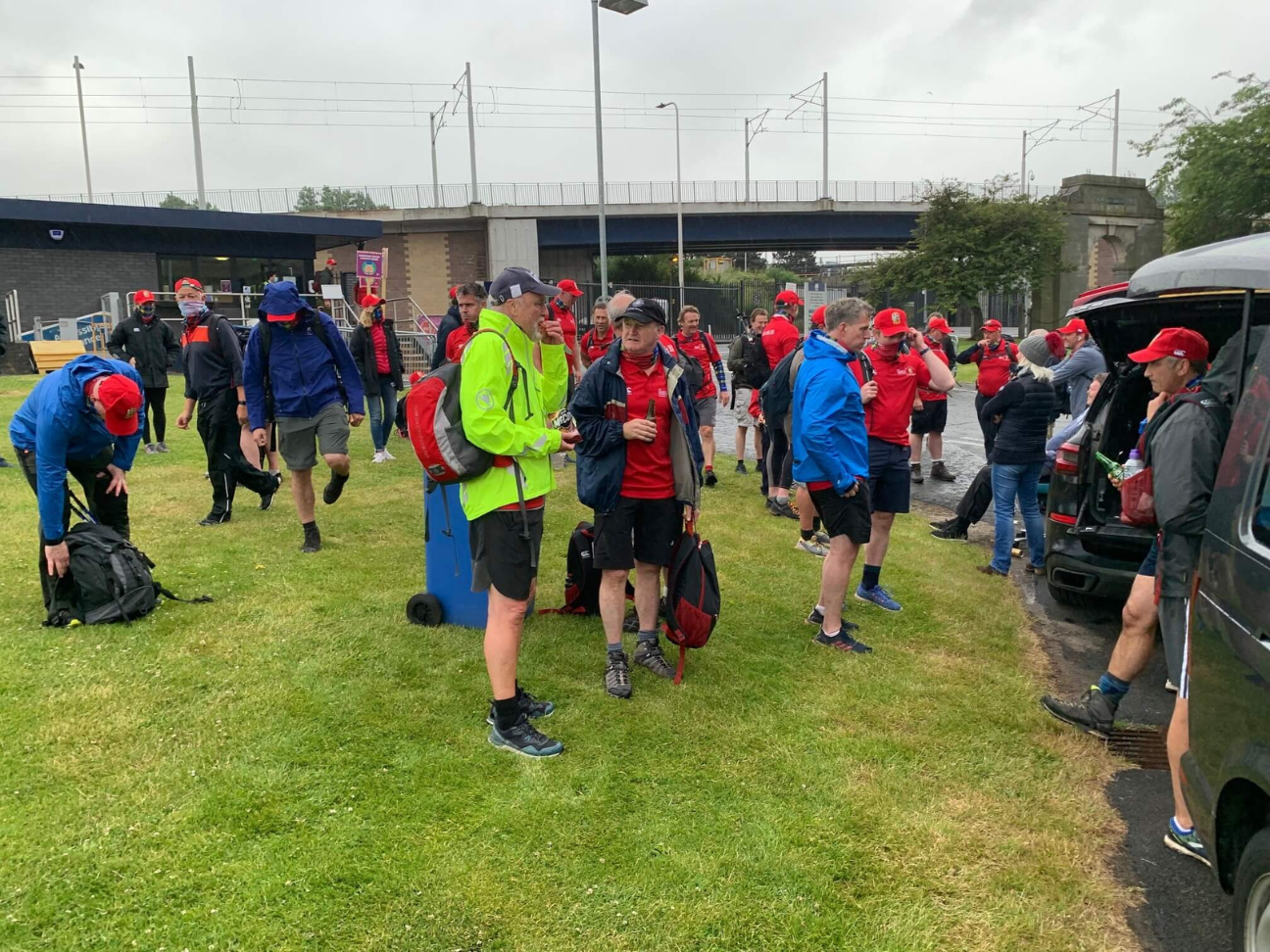 The trek was inspired by Doddie’s former Scotland colleague Kenny Logan and previewed a marvellous rugby weekend with the British and Irish Lions playing their first-ever match in Scotland against Japan at Murrayfield on the following day.

We were pleased to get a mention in our local newspaper for this worthy event, which was in close participation with Logan Sports Georgie Sangster and her wonderful logistical support team. 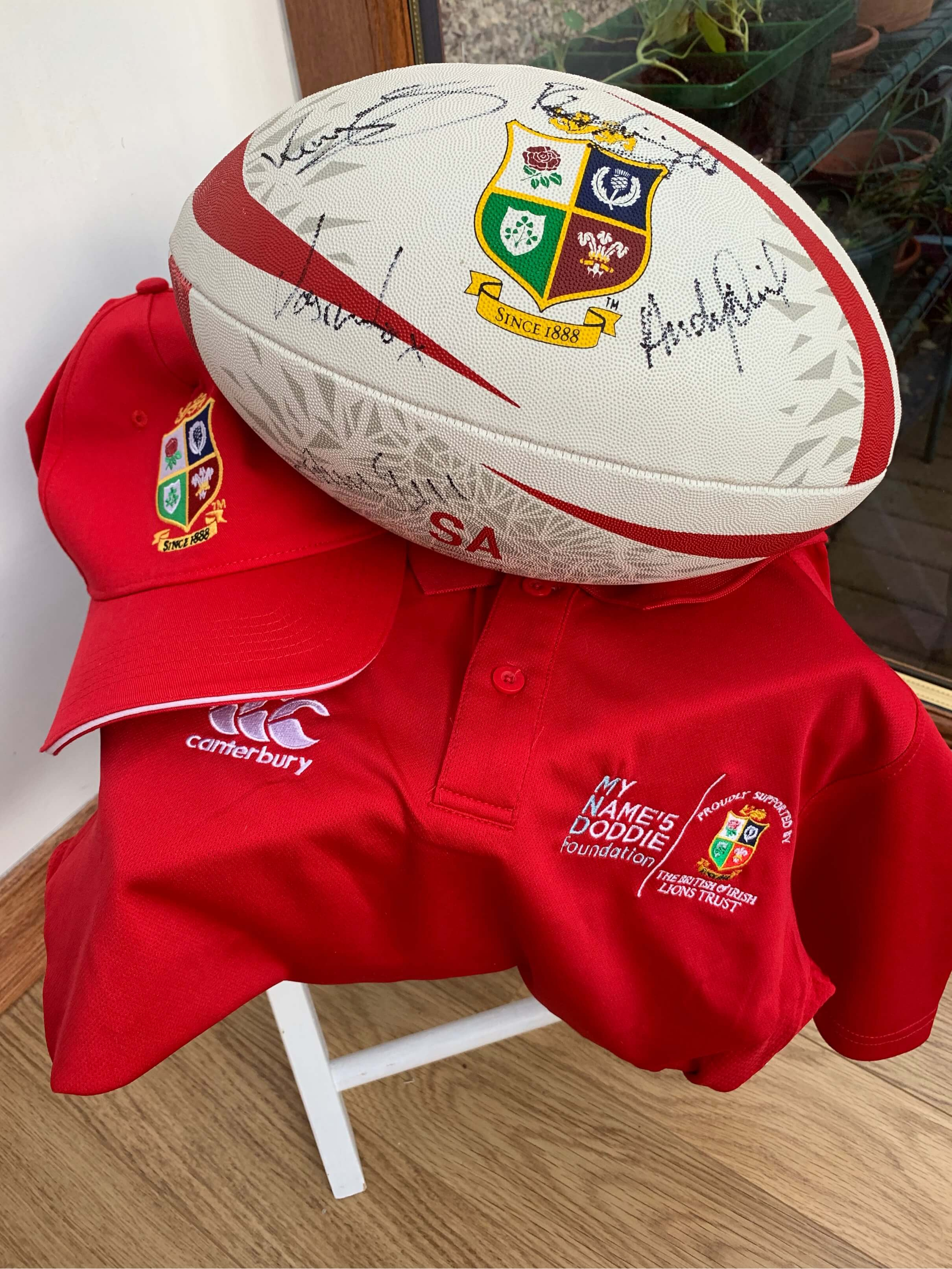 Kenny Logan donated a rugby ball signed by former Lions players present on the day plus a commemorative “My Names Doddie” top to the local “Walk For Jock” charity operated by Davie Paterson that arranges an EasyWays walk on the West Highland Way each year in memory of his late brother Jock.

This incredible charity has raised over £140,000 over the past 10 years for local charities in and around the Linlithgow area, with this year’s Fundraiser Event being held on 8th October.

In keeping with positive news, we are excited that our first Group Guided Walking Tour is set to depart for the Shetland Isles later this month.

Meeting in Stirling, the group will head to Aberdeen to spend their first relaxing overnight onboard the NorthLink ferry to Lerwick, where they will spend 2 days exploring Sumburgh Head, the local coastline before moving on to Jarlshof prehistoric archaeological site followed by a boat trip over to Mousa to see the best preserved ancient building in Europe, Mousa Broch.

Our group will then travel north to Unst, stopping on the way at Burra Ness Bird Reserve on Yell – a fantastic opportunity for bird spotting thereafter visiting Hermaness where the dramatic clifftop is home to puffins, gannets and great skuas.

Next its Fetlar and the following day Muckle Roe to do probably the best walk in all of Shetland before returning to Lerwick to enjoy a final day in Bressay and Noss before departing from Lerwick for their last overnight stay on the ferry to Aberdeen.

All in a fantastic trip that leaves no part of the archipelago unvisited and one that is proving popular with advanced booking enquiries for next year.